CHRG would like to extend a warm welcome to our newest member, Kerri Anne Garrard.

Dr. Kerri Anne Garrard is a lecturer in Humanities Education for the School of Education in the Faculty of Arts and Education. Kerri teaches in the field of History curriculum and pedagogy and Humanities in primary and secondary education. Before coming to Deakin, she taught History at the secondary school level from Years 7-12, developing expertise in the shaping and delivery of History curriculum in Australia. In 2019 she completed her PhD which examined the relationship between interculturality and history and its impact for the educational context.

Kerri’s main research interests focus on History curriculum and pedagogy, the evaluation of resources for History teaching and learning and the impact of interculturality on History teaching and learning in a global setting. Her research is informed by theories of interculturalism, post-colonialism and history theory relating to comparative historiography, historical consciousness, and orientations of historical thinking.

Kerri’s recent activities include the development of a new digital resource for teaching and learning about the Vietnam War. This resource will be made available to Year 10 students in Victoria and celebrates a refreshed position on the delivery and engagement of this topic in schools. Two new research projects include; a ‘health check’ of History education in Australian secondary school settings, for both compulsory and post-compulsory schooling; and another which focuses on how universities in Australia have marketed the global graduate in the past and the impact of COVID19 in establishing the less global citizen in the future; impact and consequences for higher education.

Albert ‘Pompey’ Austin (Poorne Yarriworri) was a man between two worlds in the second half of the nineteenth century. He was one of the most important multi-sports Indigenous persons of that era. In his brief life he was not just a footballer, but was also a cricketer, pedestrian (as athletes were called in those days), racehorse owner, jockey, boxer, horse thief, artist, explorer, savant, entertainer and musician, and a thorn in the side of those who wished to confine him and the survivors of his generation to remote ghettos on the fringe of Victoria.

You can purchase the book through Sports & Editorial Services Australia. 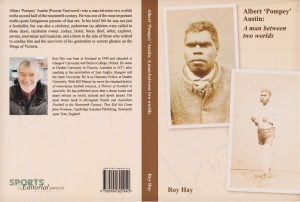 Professor David Lowe recently appeared on an episode of Rear Vision, a program on ABC’s Radio National. Titled ‘How WWII changed Australia’, this episode asks how the bombings of Hiroshima and Nagasaki, the end of WWII and post-war reconstruction changed Australia. You can listen back to the episode here.

Zoom invitations will be distributed to members shortly.

26th August: Hirokazu Matsui.
Title: Australia, Japan and the Afro-Asian Bloc: Australia’s Policy towards Japan’s Return to the International Community, 1952-1956.
Abstract: Australia’s rapprochement with Japan after the Second World War was a difficult and important political issue for Australia and has received some scholarly attention. Yet, this attention has been largely concentrated on the bilateral trade, with the conclusion of the Commerce Agreement in 1957 being seen as the culmination of this rapprochement. Without denying the importance of the trade relationship, this paper, which will form a basis for a chapter of my PhD thesis, sheds a new light on this rapprochement by revealing how the international emergence of the Afro-Asian bloc affected Australia’s policy towards Japan after the conclusion of the Peace Treaty. Mainly drawing upon archival sources in Australia and Japan, this paper closely examines how the Australian government tried to deal with Japan’s return to international society by paying particular attention to Japan’s admission into the Colombo Plan, the Bandung Conference and Japan’s admission into the United Nations. I argue that Australia became increasingly aware of Japan as a member of the Afro-Asian bloc through a process of Japan’s return to international society, especially from 1954 to 1956 and found that Japan was very reluctant to oppose a majority view of this bloc.

Bio: Hirokazu Matsui is a PhD candidate at Deakin University. He holds a Master of Area Studies from the University of Tokyo, Japan. His research delves into archives of Australia, Japan, the United Kingdom and the United States, thereby reconstructing how the Australia-Japan political relationship, especially over the South East Asia developed during the early Cold War. He is a recipient of Deakin University Postgraduate Research Scholarship. Also, he was awarded research grants from the Resona Foundation for Asia and Oceania and National Archives of Australia and Australian Historical Association.

Abstract: When medical practitioners fled from the Nazi regime in the 1930s, the British Medical Association (BMA), the peak body for the medical profession in the British Empire, agitated strenuously to prevent ‘refugee doctors’, as they were described, from practising medicine throughout the Empire. Prominent BMA representatives pursued this agenda in Australia through their appointment to statutory state-based authorities that registered and regulated doctors. This paper discusses how, between 1937 and 1942, they sought to use those bodies’ registration and disciplinary powers in Queensland to exclude refugee doctors, despite the resistance of this state’s government to BMA pressure to pass legislation constricting their eligibility for registration. 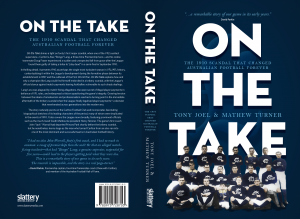 Abstract: The recent publication of On the Take, which tells the story of champion rover Alex “Bongo” Lang and the Carlton bribery scandal of 1910, exemplifies how singular episodes in Australian football history unexpectedly can become major research projects. In 2021, Deakin will introduce the new unit AST250 A History of Australian Football, 1858-2020. Tasked with creating this unit, over the next six months I will be writing curriculum that covers major episodes along with key trends and developments spanning over 150 years. I am approaching this curriculum development process with a view to not only creating a new unit, but also in anticipation that it will play an instrumental role in shaping my currently undecided research agenda over the next 3-5 years. This week’s seminar will deviate from the usual format of presenting a polished research paper followed by a short Q&A session. Instead, it will be run with a more interactive approach with everyone encouraged to join in a discussion broadly based around the teaching-research nexus. I will commence by briefly describing how the “Bongo” Lang story surprisingly materialised into a book, then will outline the structure of Deakin’s forthcoming unit on the history of Australian football and some possible research topics, before inviting seminar attendees to discuss how teaching can shape our research and vice versa.